I’ve wanted a record player for years now, finally after listening to me hem and haw about it my wonderful wife, Katherine, bought me a fantastic player for my birthday. I’ve been scrambling to build a record collection ever since and it has been wonderful.

I haven’t done a fully blind test, but I do enjoy the physicality and process of the record over simply selecting a song from a playlist or iTunes album. This may sound odd, but it requires you to be present for the music. You examine the record, look at the needle, place the needle and see the grooves. It’s neat to think that everything from the vinyl to the speakers to my ears is analog. It forces you into the moment, which is great.

Another thing I’ve enjoyed about buying music as vinyl is that I hope it conveys my mastering preference to the mixer. I hope they understand the type of person who would spend the extra money and hassle of getting a record is the type of person who would not appreciate pre-equalized, compressed, or “enhanced” audio. I’d rather it be as true to the musician’s recording as possible, please don’t master my audio for a car stereo or a boom box, thankyouverymuch.

Many new albums come with a digital download. This is ideal because obviously carrying a record player around with you isn’t. I’m listening to this Beck album right now (is it still an album if it’s digital?) while crammed on a 737 coming back from San Francisco. I doubt my seat mates would be happy if I pulled out my portable record player from the overhead compartment.

Usually the Digital Download version is just a very nice MP3 encoding (320 kbps or greater), sometimes it’s FLAC, sometimes it’s something else. I bought this album off of Amazon, so I got two MP3 versions. One through Amazon’s Auto-Rip feature and one through the Digital Download service through Beck. The Beck version was a higher bitrate so all things being equal I went with the Beck version.

Oddly this specified (The Vinyl Experience) in the title, I didn’t think much of it… until now. When I double clicked the album in iTunes I noticed a distinct click and hiss as if someone dropped the needle on a record and played a record that wasn’t particularly well cared for. There are hisses and pops throughout the songs, which I find oddly distracting, considering the digital recording.

I don’t know exactly what the licensing is for this type of thing, but I feel like a 20 second clip of the two versions has to be covered under fair use. MPAA, if you’re reading this and you disagree I think you’re a jerk.

I feel like this takes on the worst of both worlds. One of the major detriments to actual records and actual record players is the hiss, pops and snaps that we try to avoid by caring for our records. Why would you possibly add those back in? These vinyl artifacts no more make this a vinyl experience than contracting dysentery from a hotel in Florida to get the “Real Mexican experience.” I go to Mexico for the culture, food, and people, not for the crappy things that can and should be avoided. I listen to records for the reasons stated above, not the pops and hisses.

Other than the added pops and hisses the “Vinyl Experience” version does seem to be mastered well. The audio is well balanced and there’s no hint of clipping. The Amazon version is mastered to go right up to the 0db level. I haven’t noticed too much clipping here either, but they’re certainly getting closer with the Amazon version. You can see what I’m talking about with the two waveforms below. You can also see the obvious pop at the beginning of the “vinyl” version. 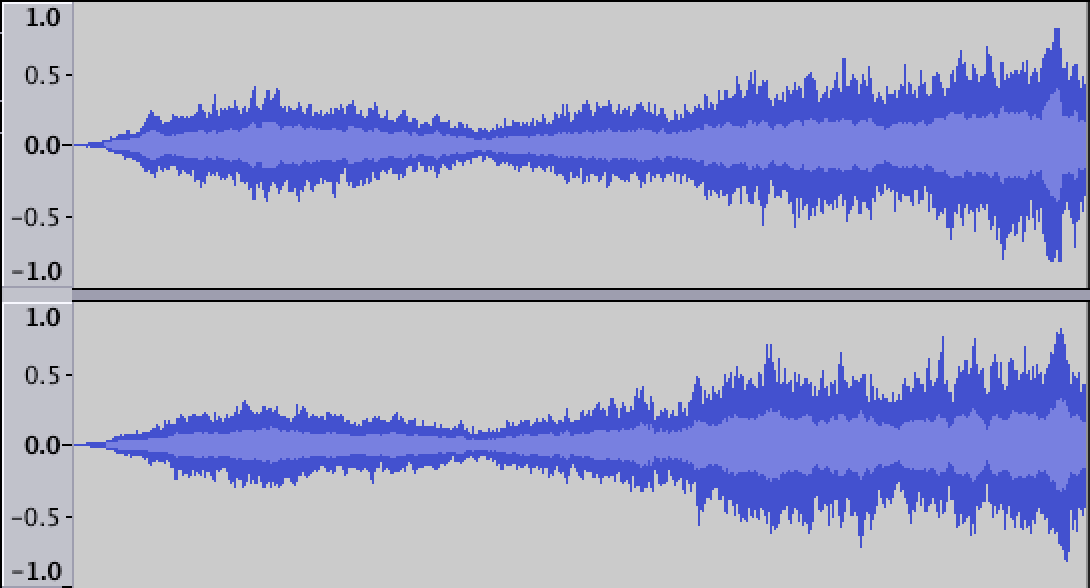 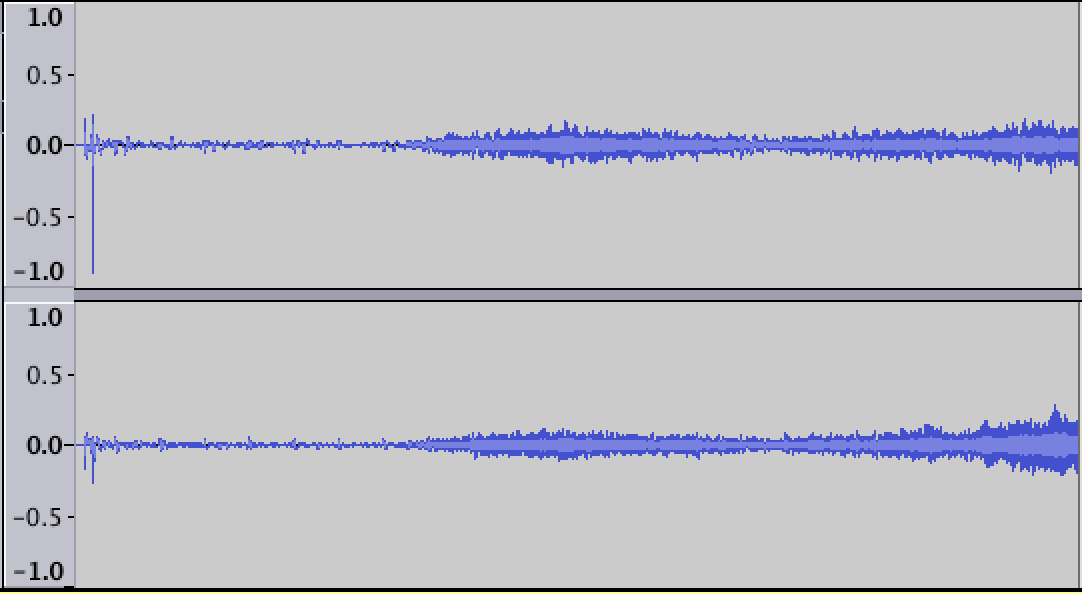 I really like the record, by the way, I think Beck is a great musician and this album it totally worth picking up. It’s unlike any of his other music, I think, but he certainly continues to explore new territory. If you get the vinyl version, just beware that there’s some weird post processing stuff going on with the download.