My mom loves the NASA channel. She has it on all the time in the background at her house and when Dragon docked with the International Space Station I got a minute by minute update. I think NASA is awesome too, so when she sent me an e-mail last night asking why the NASA channel was down, it a nerve already rubbed raw by our congress failing to do their jobs.

In response to her e-mail which simply read “Do you have any information on why NASA being unavailable to the public?” I wrote this slightly unsolicited response. 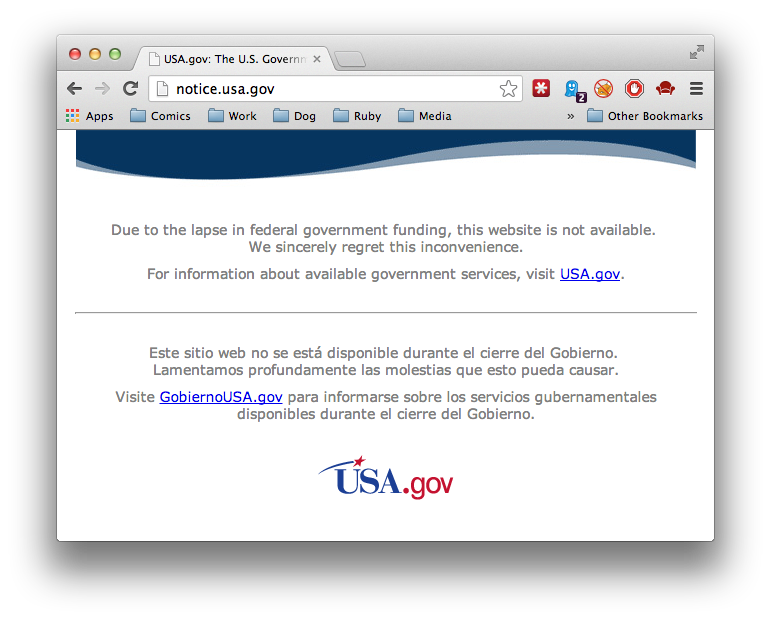 Yea, unfortunately it’s because of the government shutdown. Our amazing republican congress members have chosen to shutdown the entire government rather than allow their constituents affordable healthcare. In so doing they’ve put almost a million people out of work who work for the government, including nasa, smithsonian, the national science foundation, and other “non critical” jobs.

While those people are out of work the republicans are arguing against a bill that would halt their pay until a resolution is found (yes, congress is still getting paid while the republicans stopped payment on almost a million Americans' paychecks).

I think it’s terrible, and atrocious that congress can do this and that the republicans have put people out of work because they can’t to their jobs.